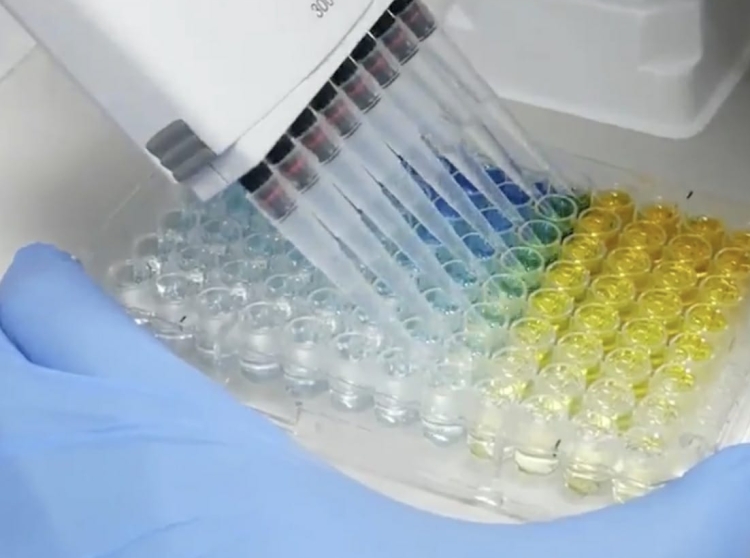 COVID-19: Saliva is a viable alternative to nasopharyngeal specimen in asymptomatic persons

A rapid, inexpensive saliva test developed by Yale School of Public Health in partnership with NBA has high sensitivity. The testing protocol has been made available through “open source”. The SalivaDirect test does not use any preservative at time of collection, uses commonly available reagents, and does not need equipment for nucleic acid extraction. In […]

Ministry of Health and Family Welfare (MoHFW) has brought medical devices within the regulatory ambit, treating them as a category of ‘drugs’ for the purpose of regulating them under the Drugs and Cosmetics Act (DCA). A gazetted notification to this effect has been issued on 11.02.2020 and the notification will come into effect from April 1.The move implies that any product used to treat a patient will come under the ambit of the DCA. Thus government will now have oversight on the medical devices industry and its activities in the country.A list of 37 devices has been drawn up and it includes syringes, needles, stents, catheters, intraocular lenses, intravenous cannulae, prosthetic replacements, ligatures, sutures, staplers, condoms, blood bags, nebulizers, blood pressure monitoring machines and digital thermometers. At present, only 23 medical devices have been classified as drugs. Of these, only a few including cardiac stents, drug eluting cardiac stents, condoms, intrauterine devices, have been brought under price control. Medical devices shall be registered with the Central Licensing Authority through an identified online portal established by the Central Drugs Standard Control Organisation (CDSCO). Such registration is voluntary for a period of 18 months, after which it will be mandatory. Central Licensing Authority may verify the documents at any point of time and investigate quality or safety related failure or complaints. It can also cancel the license of a manufacturer if it finds lapses.

Further, it gives timelines for registration and regulation of devices. For low and moderate risk devices if is 30 months from date of commencement of the rules, while for moderate high risk and high risk devices it is a period of 42 months within which it would be brought under the new regulations.
The manufacturer or importer will have to upload the generic name, model number, intended use, class of medical device, material of construction, dimensions, shelf life and brand name on the online portal of the Central Drugs Standard Control Organisation, the notification states. Once the device is registered, the manufacturer or the importer will have to mention the registration number on the device. MoHFW has specified that all such devices including instruments, apparatus, appliances, implants or other articles, whether used alone or in combination, including a software or an accessory, intended by its manufacturer to be used specifically on human beings or animals, will be considered for this purpose. For registration refer registration of certain medical devices at CDSO website vide G.S.R. 102(E) dated 11.02.2020.

However, Industry lobby is not comfortable with this, and were hoping that Medical devices will be considered under separate act for which NITI Aayog was also doing work.

It took complete one years to set up National Medical Devices Promotion Council, after its initial announcement by then Minister of Commerce & Industry Mr Suresh Prabhu during 4th WHO Global Forum Meet on Medical Devices, at Andhra Pradesh Medtech Zone, in Vishakhapatnam. It will be headed by Secretary, Department for Promotion of Industry & Internal Trade (GOI). Now the Council is scheduled to hold its 1st meeting on January 14, wherein apart from Secretary DPIIT, there are 27 other members in the Council including NITI Aayog Adviser, senior officials from health ministry, National Pharmaceutical Pricing Authority (NPPA), MSME, Department of Biotechnology and representations from various stakeholders including industry associations. The agenda of the meeting would be deliberations on creation of regulatory structure for medical devices, considering the representations and grievances from the industry, discussion on trade margin rationalization and tariff protection for devices. Government intends to support the medical device industry in order to promote India as manufacturing hub for low priced quality products, like pharma sector.

Medical Devices Industry plays a critical role in the healthcare ecosystem. The manufacturing and trade in MDI is growing steadily which includes a wide range of products owing to increasing non-communicable diseases and hospitalization. Although the industry has been growing in double digits but is predominantly import-driven with imports accounting for over 70 % of the domestic market.

The mandate of this council would be creating an ecosystem by policy interventions to promote local manufacturing of quality medical devices so that India can reduce its imports from other countries and can generate revenue from exports of quality devices. Medical devices market in India is estimated to be $7 billion approx. Currently, US is the largest exporter of medical devices to India, constituting one-fifth of the total, Germany, China, Singapore and the Netherlands are among other major suppliers.

National Medical Devices Promotion Council will have the following objectives and activities :

A buffer solution is a solution that resists changes to a solution’s pH when small quantities of acid or alkali are added.

pH change can separate two closely eluting peaks and may merge two separate peaks, Hence the use of buffer plays an important role in HPLC separation. The most commonly used buffers in LC are citrate, acetate and phosphate buffer.

Many factors can influence the choice of the buffer, points to be taken into consideration for selecting the right buffer:

pH plays an important role in determining retention time and shape of the peak. A silica-based column should not be used for buffer solutions with Very low pH and High values; as at low pH stationary phase bond may get removed and there is chance of silica getting dissolved in high pH.

Buffer solubility and concentration play a vital role in method development. The best buffer is the one that is fully soluble and gives reproducible result at the lowest concentration. Higher buffer concentration may increase the viscosity and precipitation of the buffer which may lead to backpressure.

Preparation of buffer solutions Weigh the required quantity of buffer in the volumetric flask and then add solvent as required. Adjust the pH of the solution and then fill the flask to the mark. Sonicate the buffer solution for complete degassing of the solution. Add the organic phase and filter the mixture with 0.45µm filter or 0.22 µm based upon the requirement of its application.

Introduction: Total Quality Management is a systematic approach for the continual improvement of all Organization processes, through the participation of all the staff, leading to prime quality product and services to achieve customer satisfaction
It is supported by the philosophy: “Do the right things, right first time, every time”.

Principles of Total Quality Management: The principle of TQM serves as the basis of Good Manufacturing Practices (GMP) and Good Laboratory Practices (GLP) required by most regulatory bodies.

1. Customer-focused: The customers are the end-user of the product or medicines and therefore all the methods and policies ought to be created keeping in mind customer’s necessities and safety as outlined by the standards or regulators.

2. Staff Involvement: All employees should participate and work towards common goals. The goal of an organization shall be clearly defined in the management documents.

3. Process-centered: The focus of the process is to improve the quality of the output that is the final product. The process follows collecting inputs from all the people involved at each step of the process and converting it into quality output by continual improvement of internal practices. This approach of TQM holds all the parties involved in the production process accountable for the overall quality of the final output (services or product).

4. Integrated system: Integration of system means creating a single organizational structure in which all the subsystem maintains its purpose and integrity. The main objective of an integrated system in the pharmaceutical industry is to create a joint documented subsystem for quality management, risk management, occupational health and safety, project management, etc., so that they can function as a unit combining interactive and interrelated processes and directs the work of its divisions to achieve the goal of the company.

5. Strategic and systematic approach: All the processes are to be managed as one coherent quality management System.

8. Communications: Communication is defined as the exchange of information and understanding between two or more persons or groups. The main concept of TQM is the achievement of quality standards in products and services. This achievement is possible through effective communication.

Benefits of TQM when applied consistently over the period it helps in:

TQM works best in an environment where there is strong support from management.

A Quality Management System (QMS) is defined as a system that documents processes, procedures, and responsibilities for achieving quality policies and objectives.

QMS is the core of the quality and compliance process for any organization. It helps in the reduction of audit time and findings, it also helps in product recalls.

A QMS helps coordinate and direct an organization’s activities to meet customer and regulatory requirements and improve its effectiveness and efficiency on a continuous basis. It serves many purposes, including:

Pharmaceutical organisation can achieve the highest level of confidence in its customer and regulators by following ISO 9000 and ICH Q10 guidelines.

The QMS design should be made by the organization depending upon its varying objectives, needs, and products and services provided. This structure is based largely on the Plan – Do – Check – Act cycle and allows for continuous improvement to both the product and the QMS.

Elements and Requirements of A Quality Management System:

Each element of the QMS helps in achieving organizations requirement and meeting customer’s needs. The elements all systems have in common include:

This is an example post, originally published as part of Blogging University. Enroll in one of our ten programs, and start your blog right.

You’re going to publish a post today. Don’t worry about how your blog looks. Don’t worry if you haven’t given it a name yet, or you’re feeling overwhelmed. Just click the “New Post” button, and tell us why you’re here.

The post can be short or long, a personal intro to your life or a bloggy mission statement, a manifesto for the future or a simple outline of your the types of things you hope to publish.

To help you get started, here are a few questions:

You’re not locked into any of this; one of the wonderful things about blogs is how they constantly evolve as we learn, grow, and interact with one another — but it’s good to know where and why you started, and articulating your goals may just give you a few other post ideas.

Can’t think how to get started? Just write the first thing that pops into your head. Anne Lamott, author of a book on writing we love, says that you need to give yourself permission to write a “crappy first draft”. Anne makes a great point — just start writing, and worry about editing it later.

When you’re ready to publish, give your post three to five tags that describe your blog’s focus — writing, photography, fiction, parenting, food, cars, movies, sports, whatever. These tags will help others who care about your topics find you in the Reader. Make sure one of the tags is “zerotohero,” so other new bloggers can find you, too.